​FCC Commissioner Accuses Her Own Agency of Withholding Evidence of Fraud 12.13.17

​Creators of the Internet Tell Congress Ajit Pai and FCC "Should Be Stopped" 12.13.17

​Ajit Pai Jokes About Being a Verizon Shill in Leaked Video of Private Event12.13.17

​Ajit Pai Makes it Clear He's Not Backing Down From Net Neutrality Repeal 12.6.17

The Other, Lesser Known Ways Ajit Pai is Destroying the Internet11.21.17

Journalist Fabricates Lies About Net Neutrality at the Behest of Ajit Pai10.29.17

Trump's Attack on Freedom of Press Put Ajit Pai in an Awkward Situation10.18.17

FCC Expected to Gun Net Neutrality During Holidays When Nobody Notices10.15.17

Why the Senate MUST Stop Ajit Pai from Being Re-Confirmed to the FCC9.29.17

Netflix Backing Down from Net Neutrality6.6.17

FCC Set to Rollback Net Neutrality—This Would RUIN the Internet! 4.28.17

Trump "Quietly" Signs Away Your Online Privacy—Where is the Media?4.9.2017

Trump's FCC Chairman Wants to Kill the Internet—YOU Can Stop Him!1.30.2017

Ajit Pai, the new FCC Chairman is a threat to the internet. He uses Orwellian doublespeak to imply that internet "fast lanes" are tantamount to a form of internet freedom, because corporations like Comcast, Time Warner, or Verizon (his former employer), would have the "freedom" to strangle internet traffic to websites they dislike. This is quite literally the opposite of freedom; it's a form of corporate control that allows internet service providers to throttle the traffic of their competitors and suppress news outlets that speak out against their fascistic tactics. In spite of his "internet freedom" rhetoric, Ajit Pai is against net neutrality and doesn't believe it should be designated as a public utility. Net Neutrality requires ISPs to treat all websites equally, as they do now. He spoke out against former FCC Chairman Tom Wheeler's decision to maintain net neutrality, saying "The threat to Internet freedom has awakened a sleeping giant. And I am optimistic that we will look back on today’s vote as an aberration, a temporary deviation from the bipartisan path that has served us so well. I don’t know whether this plan will be vacated by a court, reversed by Congress, or overturned by a future Commission. But I do believe that its days are numbered." He has given us every indication that he will be planning to gut net neutrality, and we need to send a strong message to him that any plans to kill the internet will NOT be tolerated. His predecessor, Tom Wheeler (a former Comcast lobbyist), succumbed to immense public pressure when he introduced "fast lanes" that would gut net neutrality. The public scrutiny was so strong, however, that we turned a Comcast lobbyist into a fierce advocate of net neutrality. We will force Ajit Pai to become an advocate of net neutrality, or we will pressure him to resign.

Tweet to @AjitPaiFCC and tell him to protect REAL internet freedom, and defend net  neutrality. Use the #SaveTheInternet Hashtag.

File an official consumer complaint with the FCC here:

If you can, protest AT the FCC office in Washington DC. The internet is integral to democracy, and we can't stand by and allow a wholesale corporate takeover—YOU can make a difference. You can #SaveTheInternet

Mail them a hand-written physical letter. Tell them the new FCC Chair must defend net neutrality or resign immediately. 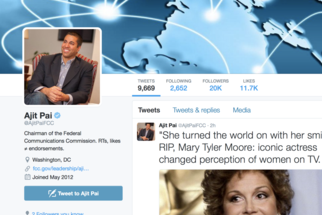 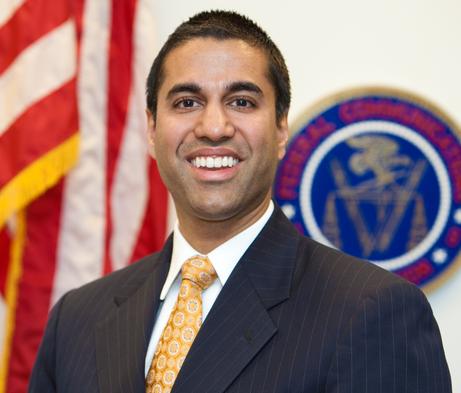 Call the FCC: DEMAND that Chairman Pai maintains the current net neutrality rules: tell them NO CORPORATE CONTROL OF THE INTERNET!

Email Chairman Pai. Notify him that if he refuses to uphold current net neutrality standards, we will protest every day until he resigns.